Welcome to a Blog for Blended Families ! 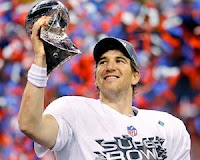 More TV’s were tuned into the 2012 Super Bowl then ever before.  According to the Nielsen ratings system, Super Bowl XLVI viewership of 111.3 million viewers broke all records to become the most-watched TV telecast of all time.
Eli Manning raised the NFL Championship trophy as America watched on.  We are a nation of football fans. We are also a nation of changing family dynamics and structure. Blended Families, often called ‘Stepfamilies’, has become the largest family demographic in the USA.
In America today there are over 23+ million stepfamily households.  It is the largest ‘under the radar’ demographic in the USA, and one that grows daily with over by approximately 2000 new stepfamilies formed per day.  While the Super Bowl viewership can list 111.3 million viewers, the population of people living - or directly associated to in their immediate family - in stepfamilies is over 160+ million.  One could say it is a ‘Super vs. Uber’ size comparison.  If you are reading this and you are a part of (husband, wife, child, grandparent, etc) blended family nation and this ‘uber’ population, you are not alone.

THE BONDED FAMILY exists to serve the blended family population in America. The training, effort, practice, repetition of plays, studying film and playbook that the Giants undertook to win the Super Bowl, is the blueprint for any 'championship'. We have seen the great blended families including real study, effort, prayer and trusting God in their daily stepfamily walk and life. GOD CAN...take a stepfamily...from Broken to Blended to BONDED.
And you know what!?  GOD LOVES YOU!  HE WANTS YOU TO HAVE JOY IN MARRIAGE, FAMILY and LIFE!  He knows what you've been through.  Doesn't like it, yet His mercies are new every morning scripture tells us in Lamentations.  For those who are reading and think Rebecca and I might be saying divorce is okay.  Stop!  Rewind! Listen.  We never think that.  We want to drive out divorce in America.  We've lived through it and anyone who has knows the pain.   We completely understand why in Malachi the Bible does say that 'God hates divorce'.  We've lived it.  He knew the challenges, the children's hurts, pain, wounds, generational damage and spiritual battles it creates.  His PROMISES are real.  And that's what we share.
Let's stick together and grow and BOND.  Your family deserves you to make the same 'championship' effort that pro athletes do to be the very best.  The 'loss' column for stepfamilies tells us that over 67% of stepfamilies fail. We don't want YOUR FAMILY in the loss column. Neither does a God who loves YOU!   Preparation and Practice take investment.  Invest some time with Rebecca and I.  Here are some ways...
COACHING    CONFERENCES    CONTENT    COMMUNICATIONS 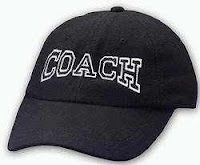 SEARCH TOPICS & CHALLENGE AREAS Your Facing in Your Stepfamily.

For Email Marketing you can trust

Stay Informed About our EVENTS! 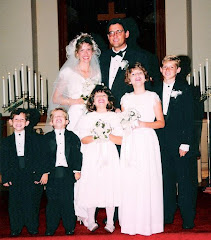 Listen for FREE the PODCASTS of Dan & Rebecca Snell as The Bonded Family presents a radio program BLENDED FAMILY TODAY Go to www.thebondedfamily.com for more information

Would you attend a Faith-Based Blended Family Conference?

Where are our readers from?